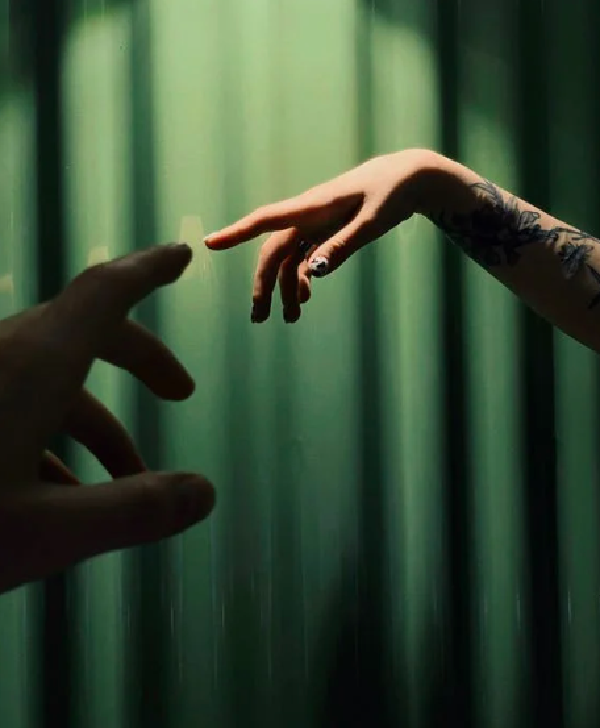 The first time I saw you, I was battling the infamous Nairobi flu, juggling among pounding headaches, nausea, rapid heartbeats, general body weakness, a ringing sound in my ears, high fever, and still having to sit with a doctor stuck at saying, “Maybe you are pregnant,” and me looking him in the eyes with the coldest, “I can never be pregnant.”

I was losing myself in sleep, hoping to drown all these feelings, all the pain, the despair, the feeling as if the world was taking bits and pieces from me, forcefully. The breathing as if it was my last; the looking around the house and feeling only the echoes of my own footsteps.

I have never hated living alone as much as I did during those two weeks, tripping over my own vomit, passing out from hunger, no energy to cook, to do the dishes, to move from my bed to the washroom. I couldn’t even lift a glass of water to accompany my medicine, so that my urine smelt like the last days of looming death, putrid and choking, and sending me back into bouts of nausea and diarrhoea.

I survived on take outs, and not once or twice did the delivery guy have to ask whether they could take me to hospital, because I couldn’t even lift a box of pizza. So that I was struggling up the stairs to my house, groping onto invisible walls, the haziness getting the better of me, and landing right back into the arms of a perplexed delivery guy.

I have never craved warmth, and touch, and reassurance, and my mother’s softness as much as I did during those two weeks. I wanted, so much, to place my head on something else rather than my white bedsheets that smelt nothing close to freshness. I was longing for a softness to cuddle me throughout the pain, but failing, terribly, and spending nights battling high fevers, staring at my ceiling, and ignoring neighbours constantly knocking at my door when my coughing became too much.

The first time I saw you, I was beginning to accept that leaving the house was the only way I could escape death by flu, so that I was dragging my feet to work, burying my face in my palms throughout the matatu rides, clenching my toes every time we hit bumps, hoping my throat was strong enough to hold down the vomit.

So that I was sitting through work meeting for hours, unafraid, straight faced, as if a wild storm was not raging right within me. As if I was not on the verge of losing my breath. As if my heart was beating too fast, to a point I was losing my speech, slowly but surely. As if my throat was not on fire, the cracks within it seeping every will to live.

So that I was sitting through work meetings for hours, as if I was not the same person who had been ignoring my mother’s calls, because I was too afraid I would wail when I heard her voice. So that I let these things rip my body apart, for six hours at work, until I almost collapsed in the uber back home.

Still, I was saying ‘yes’ to work assignments, as if my body had not just tried to kill me.

The first time I saw you, I was begging the pain to not let me cry in public, in front of strangers, on a day I had decided to do a little bit of field work. So that I covered my face in a black mask for the entire two hours you sat next to me; too tired to look at you. Too wounded to let a word out of my mouth. So that I leaned back in my seat, hoping the sleep that I was wishing upon myself would not land my head on your shoulder.

The first time I saw you, I was battling with feelings of unworthiness; it is what sickness for long periods of time do to you. So that you begin questioning your reasons for living. Tracing back your steps, looking to find how it felt before all the pain descended on you. Looking at healthy people with too much anger in your heart, accepting that somehow, you will never live that moment in the same happiness as they do. Knowing that you will forever look back at these days of your sickness with too much sadness, too much despair, as if all along, you had seen it coming.

So that when you came to me, as the day died down and my feet still had little strength to carry me home, I fought the urge to fall into your arms and live there, forever, even though it was the first time you were seeing me.

Instead, I let your eyes find mine behind the sadness, and pain, and fear. So that as you began to speak to me, the strength began returning to my feet, your voice, asking who I was and what had brought me there, reminding me that there was still beauty and kindness in life.

So that I was walking side by side with you, your questions and answers like music to my ears.

Even though I cannot remember everything you said, as my body had begun trying to kill me again, I remember your left hand lifting my bag off my shoulder, and it felt as if the weight of the whole world had been sitting right on top of me.

I remember, with longing, your voice at the end of the day asking whether I was afraid. Whether life had done me bad, that I was living as if on the verge of death. So that when I mentioned I was sick, a silent ‘ouch’ left your mouth, before you took me in to your arms, asking whether you could take me home.

So that when I finally got back to my house and tucked into my bed, it was the memory of your words that gave me life that night:

I am in no position to tell you what to do, because I have no idea what you are feeling. But you do not have to die of helplessness while I am here, even though we are still basically strangers. Here, take my number, just in case all this becomes worse.

Later, when the sickness has left my body and my voice has come to me and I tell my mother about you, she laughs softly, tenderly, and asks, “Will you make him your husband, please?”

I laugh. We both laugh. And life continues to spin into unknowingness.