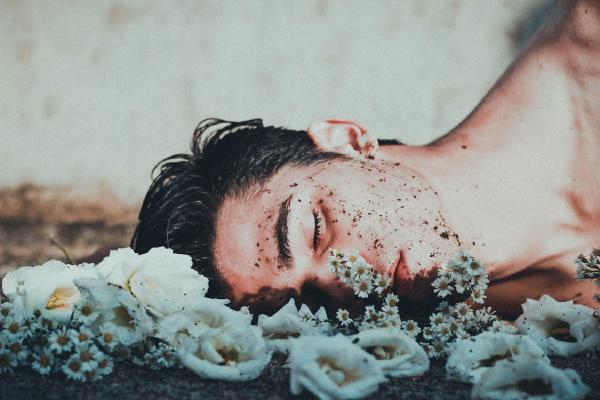 My father called me yesterday evening. I was running up and down in town, my phone at the bottom of my backpack, so I only realized he called me two times after I was back home.

They threw me on edge, these missed calls from my father, because just like me, he will text you to death before he lifts a finger to call. And even when he calls, he texts first, asking whether you are in a position to talk, whether your heart is calm, as if seeking permission to hear your voice.

They throw me on edge, these missed calls from my father, because it just dawns on me how long it has been since we last spoke; and even then, it was about food and medicine. So that in the midst of all these thoughts, at 8 p.m., I attempt to call him back.

I continue to call, even though I know he turns his phone to ‘Do Not Disturb’ mode at exactly 7 p.m., everyday, since we moved out of his home, in the guise of, “if I cannot talk to my children when night falls because they are away, why, then, should I be on phone?”

I continue to call, my heart filled with worry, until, finally, someone picks up the phone and whispers softly, “Baba yako ako sawa. Mpigie kesho….”

They hang up before I get the chance to ask why he had called, maybe too afraid of my father knowing they had breached his privacy.

So that as night edges closer and closer, and pitch darkness engulfs every corner of my house, my eyes continue to stare at the ceiling, my back flat on my bed, too afraid to even blink, just in case this was the last time I would ever hear from my father.

So that I am drifting into and out of sleep, my father’s vague face hovering above me, his voice, in the distance, jerks me awake every time. So that when morning finally comes, his name is the first thing I mention when I dial his number.

So that as hours go by with no call back, I drag my feet to my home office, sitting through meetings with a blank face, my voice hidden in the pit of my stomach, answering all questions directed to me with a light nod of my head. So that I am breathing as if something heavy, like a rock, is seated on my chest, weighing me down, waiting for me to give up the fight. So that my boss, mid-meeting, sends me a private message saying, “I see it in your face, eyes. You do not have to explain to anyone what it is. You can leave the meeting, and work; return only when everything has cooled down.”

So that I am dragging my feet back into my bed, phone in my hands, until, finally, a new message:

I am sorry I have kept you worried all this time; you do not deserve it, you are just a child. But when I called yesterday, there was so much I wanted to get off my chest, and you are the only person I felt would understand. But with each of your phone’s rings, my heart beat faster and faster, so that I start thinking maybe, all this would be too much for you…”

I stop reading at that and make another attempt – I tell myself it is the last – at calling my father.

It is his voice that, first, makes me jolt out of bed, sweating. For all these years I have known my father, his voice has never lost its loudness, radiance, bubble, and warmth. Not even when he was grieving the death of his beloved mother. Not even when his father spent hours on end in theatre, doctors refusing to reveal any progress, only for him to receive a cold body later. His voice has always been the one thing that kept us going when we thought the world was closing in on us.

When he begins to speak, my father whispers, his voice cracking, as if he is too afraid someone else, an outsider, was eavesdropping. As if he is too afraid of his own words, so that he lets them tumble out in quick succession, willing to pass on the burden to someone else. So that when he is finally done, the only thing I remember is your name; Noel.

I struggle to piece the pieces of this puzzle together, but all I get from my father are resigned sounds of ‘Mmmh’, and ‘Mh-mh”. As if he himself is afraid of everything he has said to me. Afraid that saying them loudly, over and over again, will mean he has finally accepted them, yet his heart and soul are foreign to this thing called acceptance.

So that in the days that follow, under slight guidance from my father, I abandon my work and start the gruesome task of trying to find you. So that I am constantly looking into strangers’ faces and eyes, my father’s words ringing at the back of my mind: Yes, I know you have never met her. You have never seen her, apart from that picture I have sent you, which was taken twelve years ago. I know time changes appearances, but trust me, when you bump into her, you will know it is her.

So that when I finally make another call to my father, you are lying in a pool of blood in your house, naked, your child crying beside you. Your wide open eyes are the palest I have ever seen, and my feet almost buckle when I realise I am staring at a copy of myself; the half-sister I never met.