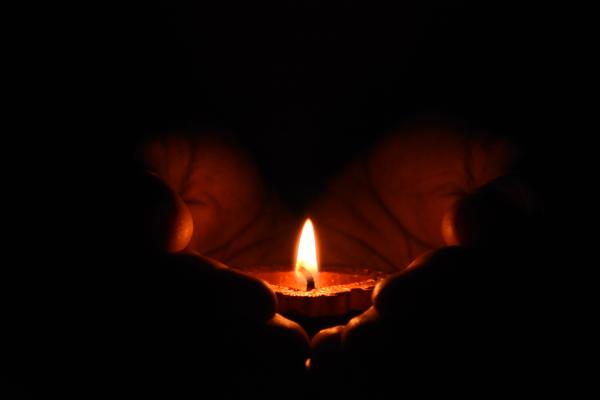 If death just meant leaving the stage long enough to change costume and come back as a new character…Would you slow down? Or speed up?

On 20th this month, for the first time this year, I think, I slept past midnight. Me who stops replying to people’s messages by 9 p.m. Me who snores away by 10 p.m. Me who does not remember the last time I saw the 00:00 on my phone. Me who doesn’t even stay up waiting for the new year, because I tell the people I love that I love them on a daily basis.

I remember a friend of mine texting at around eleven o’clock, wondering how on earth I was still awake and online. I do not remember whether I was busy. Or why sleep had evaded me that night. But I remember a bitter taste in my mouth every time I wanted to go to bed. I remember a bloat in my stomach that kept me drinking water all the time, alternating with visits to the toilet.

I remember a darkness clouding my eyes, and a ding in my head before I finally decided to sleep. 00:14.

I have not been able to sleep before midnight since then. Like the storm that wrecked my boat came at midnight, so I have to sit through the hour in order to escape it. Like the churn in my stomach gets intense by the hour, and only hours of staying awake could guarantee me calmness. Like I am waiting for another blow to my face before I finally accept that it is what it is, permanent in its nature, unforgiving in its spirit, unnerving in its endeavors; death.

There are many things I hate about death, but the greatest has to be its finality.

It is not a door that can be closed on your face, and you look for other ways of getting into the room. You can break it down. You can look for other keys. You can use windows, or even the roof, like that person in the Bible.

It is not a mistake that you promise yourself not to do again. It is not an error you can correct. It does not warn you before it comes. It is sudden and final.

I am writing about death because all these years later, it still remains mysterious to me, and I am always left with an emptiness I have never known how to fill.

When my paternal grandmother died way back in 2014, it was not very hard for me in the moment. Even though it was as sudden as they come, I managed through the whole process because it felt like I was burying just someone else. Because we were not that close. Because I could not even remember the last time we had seen each other, and touched. I remember seeing my dad on his knees crying for his mother and still, I couldn’t relate to the pain. It was as if all my nerves had taken a freeze.

Three months later, back in school and busying myself with books, and I couldn’t stop myself from crying. I remember not picking my calls, not attending classes, not returning messages, until my friends had to break into my house to see whether I was okay.

We remember death, not because it is sudden and permanent, but because some pieces of us go with those who leave before us. Even when we mourn, they completely refuse to get back. So that with time, we are either living skeletons of those who left, or walking memories of ourselves before they left.

Two of my friends died last year; one at the beginning, the other towards the end. I did not attend their funerals because I was too weak to even cry. I was too weak to even tell the people close to me what had happened. I was so weak I remember, later, my mother narrating my father’s words to me, verbatim: I have never seen her mourn someone like that. I know she is a strong one, but this one seems to have broken her to the core.

I did not attend their funerals because a part of me still did not believe in the finality of their deaths. I kept hoping that if I did not see them in their caskets, then I would be able to live comfortably with their memories. They were so close to my heart. One of the few who could tell me anything, however nasty, and I wouldn’t take fault. One of the people who, unlike everyone else, did not walk on eggshells whenever around me.

But their deaths were so cruel and sudden; road accidents, so for the longest time, I kept indoors, wishing there was a way I could just let go. Wishing I had never known them in the first place. Wishing I had never pulled them so close to my heart. Wishing it could have taken someone else, the death.

I kept replaying our conversations in my head and wanting to throw up. I kept scrolling my contact list, wanting to delete their contacts and perhaps let go but instead, my heart collapsed into my stomach every time.

Again, one year later, I still cringe whenever someone mentions their name. Whenever I come across their pictures in my gallery. Whenever someone else dies, even if I do not know them. I still cry my heart out on days I miss them, but still, the pain does not go away.

On Tuesday, the 21st, after rearranging my wardrobe, my bookshelf and the whole house in general, and still not melting the pain in my chest, I lit a candle at midnight and wept. Like a woman who had lost her first child. Like a woman married off against her will. Like a child who had lost its mother in a busy market. I cried like a small child, wishing to break free from all these emotional attachments.

I hope, with time, death learns a thing or two. Like dealing us soft blows. Or sending us signs before it arrives. Or giving us second chances. Or staying away, permanently.

If not, I hope I learn how to let go.