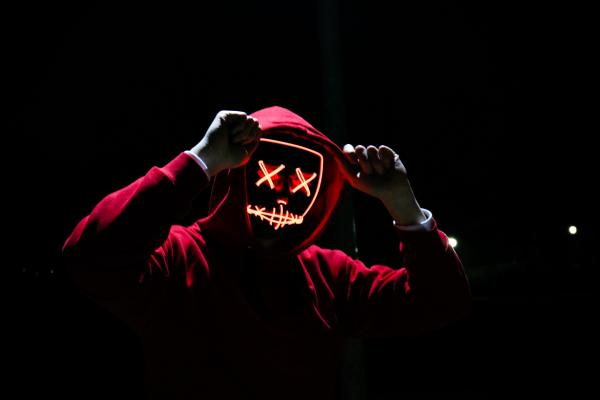 I love coffins. They are closed, fitting, silent, cold, peaceful and inviting. They are homes to everyone who seeks peace in another world. They are everything I have ever wanted in life. They are home.

The first time I saw one, I was six years old, running around in our compound, wondering why the hell people were streaming in. People whose faces I had never seen. People whose faces spoke of sadness, and when they struggled to caress our cheeks, we who were playing oblivious of what was happening, their smiles did not reach their eyes.

They continued to troop. Women with headscarves. Men in suits. Children in flowery dresses.

“It seems we have visitors today,” said Akinyi, seeing that all the strangers were heading to their house.

It was six p.m., and our mothers were yet to come out of the house, screaming our names accompanied with threats.

“Ayoti! If I raise my voice again, you will sleep on an empty stomach!”

“Baachi! You think you are the only child I have? Continue playing, then go to your own house thereafter!”

“Zilizala! You would think having a big head translates to having brains!”

Ah, it was a day of freedom.

We rushed towards Akinyi’s house. Playful smiles on our faces, freedom in our hands and a dose of excitement in our hearts.

Then I saw it. The coffin.

It looked like a well-manicured box, placed on top of their sitting room table. People walked towards it, silently stared for a few seconds, did the sign of the cross, then walked away.

“Do we have a church service?” I asked Baachi.

“Ssssssssh!” He nudged my side and placed his index finger across his lips.

“Why? Are we not supposed to talk?”

“You silly girl. It is Akinyi’s father.” He whispered, so much I had to cup my ears so as to get a gist of what he was saying.

“What do you mean Akinyi’s father?”

“They say he is sleeping. And we should not make noise in case he wakes up.”

“But why? Why are people looking at him while sleeping? Sleeping should be a private affair.”

“Mscheeeew. You ask too much! Go check then.”

I scuffled my way past the headscarved women, finding my way towards the ‘box’. A few people tried to hold me back, but I was determined.

I wanted to learn from Akinyi’s dad, so that when I grew up, people would look at me while sleeping, and pray. Lots of people.

When I reached the table, I struggled to tip toe, falling mercilessly back to my feet, before stranger arms held me under my arms, and lifted me.

Before I could take in whatever I saw, I was back to the ground. Scared, I can turned to see who hoisted me, my eyes met my mothers’, and I instantly sprung into a run towards home.

It was the first time I saw a coffin, but the memories of that night, seated in my bedroom against the door, weeping uncontrollably, has never left me. On that night, I knew we would never see Akinyi’s dad ever again. I learnt that when one lies within the coffin, it is a point of no return.

We met at a waiting bay. Those ones which are haphazardly erected from the ground, and lined against walls within town. Those where you scuffle and force your hips between two men with bad breath, who in turn peek at your texts before finally saying, “Na wasichana wa siku hii mtatuonyesha mambo kweli.”

It had rained heavily the previous night, which explains why in his white trousers, he sits momentarily, before shooting up, touches his butt, turns to look at me and realises I am sitting on a scarf:

Silence. I can still feel his stare hot on my face.

He would look so beautiful in my arms. He would taste so warm in my mouth. His eyes would send butterflies into my stomach when they close. His skin would feel home against mine.

His life, definitely, will look so much in place inside my abode.

I stand up, and for a moment, he thinks I have given up the scarf for him, evidenced by the smile that suddenly manifests on his face.

“I am actually leaving. If you do not mind, we could go together. It is cold out here, and it will rain in a few minutes.”

Lying naked in bed, I stroke his now flaccid penis. I know it would not get another erection, but I still stroke it. It feels satisfying, stroking a weapon of destruction after war. I look at his face, his closed eyes, his sweaty brows and huge nose.

You look so perfect for my abode.

One last time, I take his penis into my mouth, hoping there would still be blood within him, and would get one more round of satisfaction before I finally let go.

He stirs, shortly, tries to sit up, before falling back on to the bed.

As I wait for the body to turn cold, I pull out my notebook to record my victory.

Next time, in your next life, you will smell a bad idea from miles away. You will know that there lies a darkness in every soul, and it takes little provocation for the darkness to engulf you. You will know how bad an idea it is to follow a woman to their house, because they promised you sex. You will know, albeit in a low degree, that there is pain in death, but an everlasting peace thereafter.

I push the notebook back into the bookshelf, and pull my wardrobe away from the wall to reveal a gaping hole.

Welcome to the abyss, Faustine. Men like you belong here.

“Hey Bedie. This is Alex. We met last week. May I see you?

They keep coming. They wont just stop. And they get easier as they come. The void never fills.

Not everything, a lady in this case, is as beautiful as it looks. Just shadows.

As sour as it could get.

You claim every title. Courage. Boldness. Little darkness in soul that fumes the details behind the curtain.

Anyone asking me who Mbabazi I'll say, "that fearless writer and thinker daughter of our time, ..

Aaaah yes. Fearless, with no borders

Wheeeew!!
And there is a bold rawness that engulfs every word you pen. There is a strange yet attractive force behind every of these characters.

I smell coffin. Then vaults.

Thank you, my woman.❤