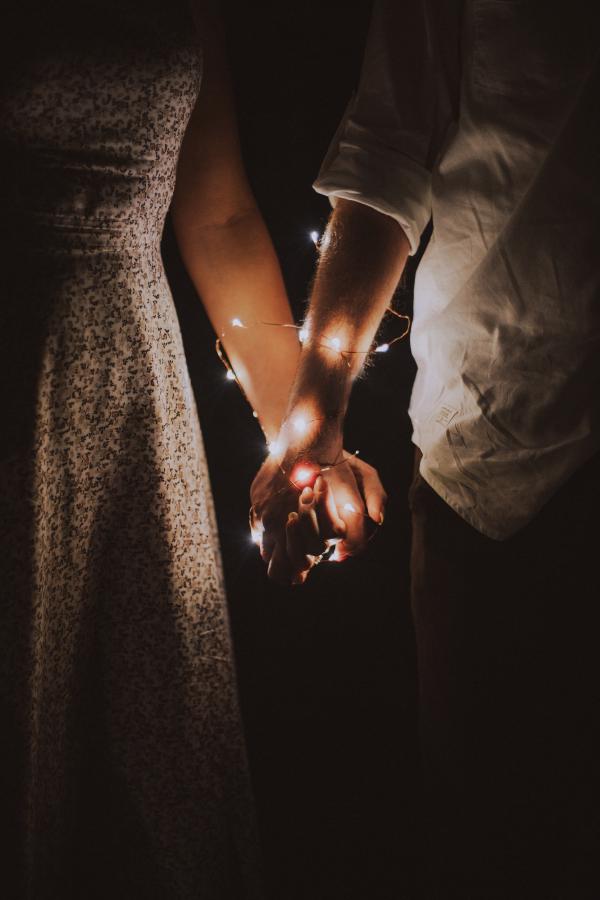 We got married at the Attorney General. It was not what I wanted. But she, was the one I wanted.

She had always wanted a white wedding. With roses at her feet. Gold around her neck. A crown on her head. Hearty smile across her face.

Her smile was, and still is the one thing I could never get enough of. If she woke up and smiled at me, I knew it was going to be a super day. If she smiled and kissed me right before I went to sleep, I would dream in white and pink. Violets and rainbows. Kindness and sunshine.

I knew, long ago, if I ever got to jail for killing someone, it would always be because they wiped that smile off her face.

I knew she always wanted a white wedding. She did not hide it. Ever since I met her, she always wore her dream wedding on her sleeve.

Phrases like ‘I would never do that at my wedding’, ‘Ah, but whoever I choose to do my wedding cake will have to be my best friend’, ‘I hope I get the courage to look into your eyes when I say I do’, were never a surprise in our house.

Such were never a wonder in our house, where all our hopes and dreams were born and nurtured. Where we lay side by side, looking at the stars and wishing our fears away. When I would start falling asleep, she would caress my cheeks and say;

“You look so appealing under the moonlight. I hope, the day I walk down the aisle, you look as happy as you look now.”

Standing at the doorway to the Attorney General’s office, her arm in mine, happiness was the last thing on my face.

I was angry, disappointed and sad.

Angry at myself for giving up too early. Disappointed at the universe for doing all it did to rob me of my humanity. I was sad for failing to give her the one thing she dreamed of.

Yet, she was happy.

She smiled and the radiance from her eyes filled the hallway. I wished she was faking it all, and that hell would break loose, call it off and give me a chance at redeeming myself. But no, she squeezed my hand a little, like she used to do whenever she sensed I was afraid.

“Do not beat yourself too much. It is okay. Some dreams are meant to be just that; dreams.”

My heart broke. I would never be the man she would stand up and say, “He turned my dreams into reality.”

She would have dreams, and would never let me in on them because when she needed me most, I failed her.

To this day, I do not remember how I felt after signing whatever was to be signed. The phone in my pocket was vibrating, and if I missed another call, I knew it would be the end of me.

“Is everything okay?” She asked, moments after we stepped out.

“Listen to me, Zimra. You may not understand what is happening now, but I promise to explain later.”

Before she could finish, I jumped into an awaiting taxi and sped off. Through the side mirror, I could see her arms in the air, trying to wave me back. Maybe to get answers. Or more questions.

But then again. It is this thing called life. It has to go on.

No one expects their newly ‘wedded’ husband to rush off just minutes after officiating. No one, also, expects their guys to do a shoddy job, especially on their wedding day.

As the car raced off against the tarmac, I could hear my heart beat loud in my chest.

Is it what I am thinking it is? Could people not do just what they are tasked to?

My mind was blank. But my heart was heavy with anxiety. Fear of the unknown. Indifference.

Twenty minutes later, I ran into the house I had known for quite some time now. Its vastness and silence as I made way into the bedroom scared me.

Zimra. Arms in the air. Desperation.

I pushed the door open and came face to face with Zack.

“Dude, why did you wear a fucking suit?” He screamed.

“Dude! We only have seven minutes!”

“What happened? This is not what we agreed on.” I managed to say.

“She was armed, much to our surprise. There was a struggle we had not anticipated. Then blood, lots of it, then death.”

He motioned to the bathroom.

Lying on the cold bathroom floor, was the body of the woman I knew too well. The woman who fed my demons in darkness. The woman whom I licked every inch of her skin. The woman whose nether had found solace in the warmth of my mouth.

On the cold floor, lay the bludgeoned body of the woman who was carrying my child, albeit only a month old.

The woman who, when everything else failed to make sense to me, went down on her knees, took me in her mouth, and sucked like her whole life depended on it.

Her mistake was only one; she was Zimra’s mother. She was a mother to the woman I had just married. One of them had had to go.

This woman. Addictive in an intriguing way.

In a minute, Zack now passed me the gallon containing the last thing I had to do. The last miracle I would perform before I quietly slip back into my new marriage; happy and content.

I will always find a way around this. I have Zimra’s heart.

By the time they get here, there will only be pieces of flesh and bones that used to be Sumra. Memories too hard to bear.

With that, I poured the hot acid aver her body, dropped the can, and prepared to leave.

It is all over. It is a fresh start.

Then, a tap on my shoulder. Warm and moist. A tap that was too familiar to be mistaken. I turned and my eyes met Zimra’s teary ones. Like de javu, her left arm was in Zack’s right arm.

“Well, I guess I am not the only one with secrets.” Her voice was a little more than a whisper.

When you think happily ever after is in the offing. 😭😭😭

This was way too creative. A sequel would do...yet still, the suspense is just enough to make me think harder for... 'wheew, so now what might have happened next'

Whaaatttt?!?! I did not see that coming