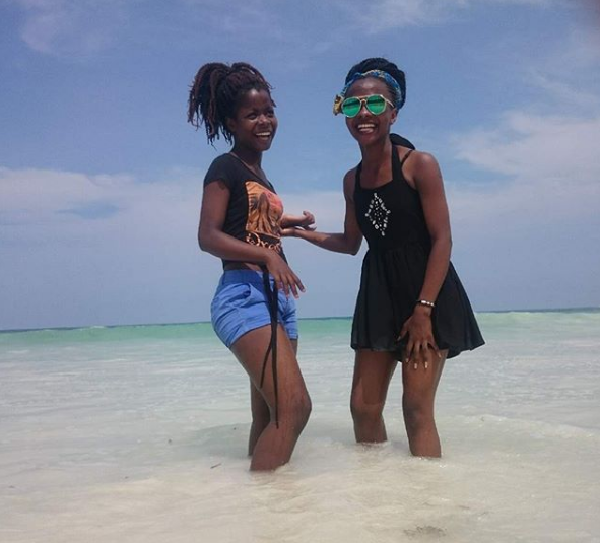 I still remember the very first day my younger sister was brought home. My friends and I were behind the house playing with mud when one of my friends came running towards me.

We sprinted like mad people towards the house, stopping by the veranda to wash our hands in a sufuria of ugali that had been soaked in water. Everyone wanted to touch the little baby. Oh my. Her hands were too little and she refused to open her eyes no matter how hard we begged. I don’t ever remember my mother being pregnant, even as I was four years old. So, I bought the whole story when they later said ‘walimnunua kwa hospitali’.

Before that, I was used to being my parents’ favourite being on earth. I would get anything I wanted with just one snap of the finger, and everyone would want to cuddle me the moment they got back home. It was heavenly.

But things changed after my sister made the grand entrance. The attention was immediately shifted to the new baby, and I realised being ignored actually hurt.  I was sad at first, mainly because my dad never called me ‘mum’ anymore. But with time, I realised just how much more fun I would have having a little sister.

I don’t remember how she grew up so first. But when I was in the lower primary classes, I had to baby sit her on my own. The house helps were becoming too much for my mum, and I think I volunteered to do all that. I bathed her, fed her and lay her down to sleep. Actually, the first clothes I ever washed on my own were hers. And I was only eight years old.

And babies grow very fast. Boarding school robbed me of the time to bond with my sister. I missed a couple of her firsts. Her first period. First crush, first day of national exams and so on. But I tried. And right now, I look at her and wonder how I missed all that.

We are all grown now. But if you look at us, you will think I am the younger one (Again, my 48kgs aren’t doing me much good).

There was a time I used to enter into a room with her, and all eyes turned towards me. Nowadays, no matter how hard I try, everyone just wants her. Only she gets asked out to dinners. Only she gets surprise gifts. And her inbox is jammed with unanswered messages.

Sometimes I look at her and think she is just like me. Other times, I feel she is the better version of me. And she is limitless, with a genuine care for people in need. I remember the other time I was sick, she never left my bedside, even after I told her it was okay to leave. She would look at me and I would feel she was on the verge of crying. But also, I have never seen her shed any tears.

She has been there practically for every important event in my life. She saw me in the newspapers and said ‘naona umenitangulia kutokea kwa gazeti’. That was her way of saying she was proud of me. And the other day during my graduation, she said ‘sasa nani atakusaidia aki na mimi niko na exams?’. I almost cried. That was the sweetest thing I heard that day.

I don’t think I would be this strong if not for her. I am four years her senior yet she still asks “Unaenda wapi? Kufanya nini?’ every time I tell her I will get back home late. And I have to explain what I will be doing that cannot be done during the day.

And I wouldn’t ask for anyone else rather than my sister.

That is it for today. See you tomorrow!