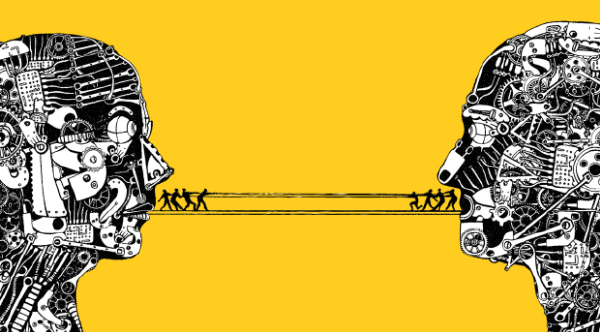 Day 20: The Last Argument I Had

On the first day of this month, I was working a twelve-hour shift from 8am to 8pm. Crazy, right? No. The crazier part is the fact that I live an hour’s drive from my work place. The craziest of it all, I don’t own a car. Not yet. So, my workplace usually provides these work cars and drivers to drop you home whenever you work the twelve-hour shift.

It is eight pm and the person taking over the shift from me is here. Since I am new blood in this whole thing, he tells me the vehicle will leave a few minutes past eight, and that I should go wait for it at the gate. I cannot sit at the gate. I think to myself. Unless I want to keep answering those ‘Unakaa mdogo. Uko na miaka ngapi? Ulisoma haraka aje? Na hiyo course yako si ni ngumu? Unaishi wapi? Kazi inakupeleka aje? Huogopi kuenda home usiku?‘ questions.

I am too tired for all those questions. And I get it why even single people have house helps. It has nothing to do with laziness. I could actually use one right now.

So, me being me, I find a spot that is away from the gate, but I have a full view of the gate so I would be able to see when the car pulls up.

I am continuously tapping away at my phone, letting mosquitoes have a time of their lives with my exposed legs, as I impatiently glance towards the gate, because I don’t think there is anyone here who will alert me when it pulls up.

Then the first guy comes up, walks slightly past where I am seated, turns back and stares at me for quite some time during which I pretend he is invisible.

Him: I presume you are the one whose shift just ended.

His left hand is in his pocket, his right hand scratching his non-existent beard and his eyes have refused to dart away from my legs, which I now realise are overly exposed because I am sitting down and the dress I am in isn’t trying too much.

Me: (Covering the overexposed legs with my jacket) Yes, why?

Him: You know, normal people usually wait for the car at the gate. I wonder why you think the car will come up here to you.

Damn. That was a good one! I am tempted to laugh at his sarcasm, then I remember the last time my friend Pheiffer pulled a sarcastic move on one of these people, it went something close to this.

Gate person: I need to check your backpacks before you leave.

Pheiffer: (Turning her back to the lady) It is okay. Just open the zip.

Also, normal gate people usually just open the zips and close them thereafter. I don’t know why this particular one thinks we are carrying explosives in there and she wouldn’t risk her face being blown up.

Long story short, we each opened our bags and after she was done:

Pheiffer: Umeridhika sasa? (I should warn you. This one has that deep Swahili accent, so you realise how bizarre this sounded)

Duuuude! You were not supposed to reply to that. Sorry, forgot you were not a dude.

Anyway, back to me waiting for the car and this ‘funny guy’ talking to me in an unusual way.

Anyway, I was too tired to start a protest. So, I calmly walked towards the gate, and the car pulled up a few minutes after I showed up. The first gate man shows up with those metal detectors and I tell him he cannot frisk me because he is not allowed to. He agrees and steps aside.

Then gate man two shows up smiling. This one has been hitting on me ever since we got here, and Pheiffer has really been making fun of me. He is the last person I wanted to see.

GM 2: Hakuna mwanamke leo. I give you permission this one time to frisk her.

In my mind, I am thinking the only reason he is giving him permission to do so, is because he thinks he can micro-manage me.

Me: No. I refuse to be frisked by a man. Not you. Not anyone else who belongs to that other gender.

Me: Is that my fault?

Me: Then tell whoever is responsible that I am not getting frisked by a guy.

Let’s just say the conversation wasn’t as cool as it sounds in writing. No, I did not give in to the demands of being frisked. Not that being frisked by a guy was such a huge deal, but I was not going to have any guy ‘accidentally’ touch my hips in the name of frisking. I was still probably recovering from the shock of something that happened to a female colleague at work (Story for another day).

But I think I lost it all when in the midst of all that, GM 2 threw a random comment about how women at work were pretending to have it all yet they were dying for attention from the men.

Me: Which men again? Did you say men?

No one talks bad about women when I am around and I let it slide. No. Unless I am unconscious. Or insane. Or both.

Let us just say we never see eye to eye with Gm 2 again. Turns out he was the head of security. Shock on me. And the other dude? The one I thought was being sarcastic? That was the head driver who was supposed to drive me home that night. It never gets better.

Good thing is I got home safe. I was not fired. I get frisked by ladies nowadays. And no one dares to speak bad about women when I am around.

Have a good one. Will you?