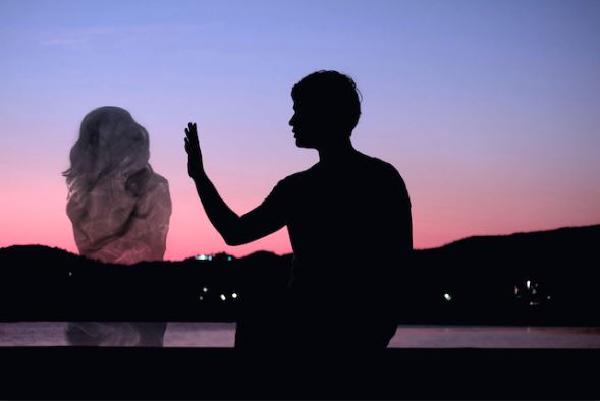 I woke up to seventeen missed calls and another incoming call. The time was two o’clock in the am. The pounding on my wooden door was deafening and for a moment I didn’t know whether to deal with the door or concentrate on the number that seemed familiar, yet so distant in my mind. The number rang curious bells in my head, I just wasn’t sure which one I should respond to.

“Candice…hi,” the voice sounded sure.

Bingo! I placed it right. Perhaps it was the biggest surprise that awaited me that night. I was tongue tied. The voice came from right in front of my house. I wanted this to be a dream so bad, yet a part of me was already getting accustomed to this being reality.

A little trip down memory lane, the last time Ted and I had something close to a conversation was through facebook messenger. The message was bitter and it hit me like a tornado. It had the scent of war and terror camouflaged in writing. It drained all the hope and happiness from me. “You are wasting my time and you do not deserve a chance with me,” it read. You know what I did, right? I blocked him and decided to deal with the bitterness, rejection and hurt on my own. I decided I would no longer look for answers.

Exactly one year down the line, the guy was on the other end of my phone line, excitedly chanted my name while pounding on my door. Had he come to finish what was left of me? Do terrorists bubble with excitement? Or was the thought of my misery enough to excite him? Don’t they send threatening messages nowadays before they pound at your door?

I quickly dressed up and headed for the door, hoping against hope that it wasn’t my imagination playing ticks on me. I opened the door and boom, Ted was there, all smiles as if the past one year of absence had been reduced to one night. He was normal, or maybe he acted normal. His face was calm and shone even in the mild darkness, amidst the strong stench of liquor that radiated from his body.

We hugged (Oh yes, he used to be such a great hugger, the kind of hugger that squeezes you to himself and lets you drown in his chest), stared for a while then I motioned him to the roof top where we sat. I didn’t seem to understand why he was excited while I still had my own reservations. I wanted to yell at him, to ask him why. I wanted to push him off the roof, so that I may find closure in writing his epitaph. Deep down, I wanted him to rot in an undisclosed place, let his carcass be fed on by the hyenas. All the same, now that he was here and I was not a murderer, I wanted him to apologize, then let me sleep.

You see, the scariest thing about humans is the fact that you never really know the intentions of one to you. There I was, thinking that Ted had finally resorted to apologizing, yet he was there seeking for neither an apology nor an explanation. He wasn’t close to being done with me.

Maybe two years ago, Ted and I used to be a couple, or maybe I was alone in that relationship. I used to be that kind of naïve girl that believed he loved me, or maybe he made me believe so. He spent most of his days lazying around smoking weed while the nights were spent with his inner circle (which I wasn’t a part of) walking around and just being boys. Some nights, maybe once or twice at most in a week, he forced himself to find time for me. Or maybe it was just convenient for him that he sought to find me at desperate times. Even then, he showed up at my door at 2.00 am with his breathe rich of alcohol and staggering himself almost to death. Much still, he had the strength to turn me over not less than three times before the break of dawn. In as much as I looked forward to these nights because I would be alone with him, I dreaded them as much because I would wake up with a sore downside, not mentioning the pregnancy scare because my Ted didn’t like rubber on him. Anyway, these nights happened.

The day we broke up, I texted Ted only for the reply to come from his ‘significant other’.

“This is Ted’s girlfriend. I suppose he didn’t tell you that he has one”, the text read.

“Is this some kind of prank?”

“No, it’s not. Back off. Just so you know, this is not a request and this is the end of this conversation.”

That hit me on the head like a sledgehammer. The Ted I knew wasn’t the women type kind of guy. At least not in my head. Yes, he told a million lies, from where he had been, who he had been with, to what he was doing, but women? No. There had to be a mistake somewhere, just not Ted.

I was restless for the rest of the day, pacing in my room but not daring to peek at my phone. At 9.00 pm, my phone rang. It wasn’t Ted’s number but I had a feeling that it was Ted at the other end of the line.

“Candice, what you heard earlier on today was true but I am not going to explain anything to you. Just forget I ever existed and never try to find me.”

“Okay”, I responded, maybe a little too late for him to hear.

I lay numb for weeks after that. I couldn’t eat, neither could I talk nor sleep. Worst of it all I couldn’t talk to anyone. I just cried and hoped that my tears would fade the memories, the hurt, the pain and the bitterness. I was lost within myself. The birthday messages that burst my phone went unreplied. My brother allowed me to cry my heart out, allowed me to stare at him and say no word. He allowed me to hit him whenever I felt like (Much appreciation darling). He constantly reminded me to be strong and true to his word, the hurt faded away and I was back on my feet sooner than I thought.

Now here he was, smiling like all that was a beautiful story to write.

“I want you. The whole of you. I have stalked you enough to know what I want,” he said.

“Have you stopped and asked yourself what I want?”

“No, I haven’t. I was hoping I would sleep in your house tonight.”

“Good night Ted. Maybe you should try next door.”

Quick question: Why do these people come back? Why call someone a freaking seventeen times? Why? Whispers of doom?

I would also lie to know why they come back